Circa 1760 Cotswold Park Estate was established and along with the farm buildings a house was to become an imposing site set in the rolling hills between Cirencester and Cheltenham. The Estate changed hands a number of times between 1760 and 1954 when the grandmother of the present owner, Louisa-Jane Hanbury, bought it.

Circa 1760 Cotswold Park Estate was established and along with the farm buildings a house was to become an imposing site set in the rolling hills between Cirencester and Cheltenham.

The Estate changed hands a number of times between 1760 and 1954 when the grandmother of the present owner, Louisa-Jane Hanbury, bought it.

The Grade II listed Barns were originally constructed as threshing barns in which farmers processed and stored cereals to keep them in dry conditions, characterised by large double doors in the centre of both sides. The design of these typically remained unchanged between the 12th and 19th centuries and used more recently as a dairy.

The main threshing barn that stands today dates back to the late 18th Century, with the site known as Porters Grounds when it was part of a larger neighbouring estate called Colesbourne. 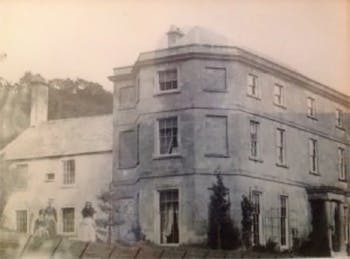 The barns were used as a dairy right up until Lady McCorquodale’s death in 1979 and has since been used for a number of things including rearing pheasants for the local shoot at Coombe End.

Since inheriting the estate Louisa-Jane has had many thoughts on how the barns could be used to their full potential. Along with her husband Simon, the idea of creating a wonderful and atmospheric venue to enable people from all over the world to come and enjoy the beauty of the Cotswolds and their home has come into fruition. 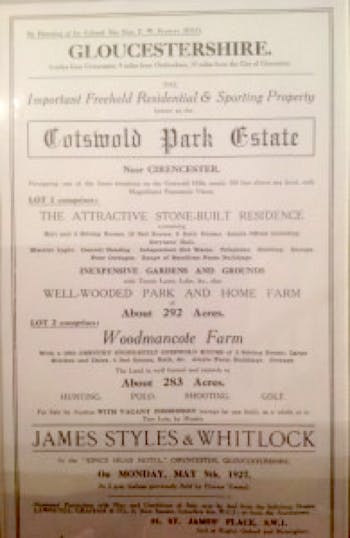 In about 1760 the first buildings that would be later known as the Cotswold Park Estate were built.

We know that there was a house built roughly where the Barns lie now that was known as Porters Grounds.
This would have been on land that belonged to our now neighbouring estate, Colesborne, and was used as a half way stopover point when travelling from one side of the estate to the other.

When the house and about 500 acres of land was sold off at the very end of the 18th Century the newly formed estate became know as Cotswold Park.

In 1808 the property was sold to Mr Robert Milligan by a Mr William Veel. In 1851 it was then handed down to Mr Milligan’s son William.

We believe that William Veel may have part owned the estate with a Francis Robertson as there were two separate deeds when it was sold. We are not sure of the exact year but the house was sold to the Reverend James Bownes and William Tidmans.

It was then sold again in 1879 to James Canby Biddle-Cope. 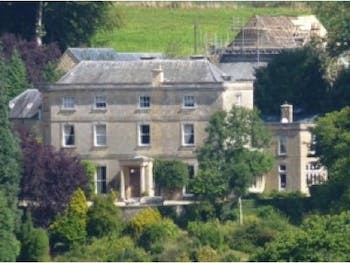 In 1954 the estate was bought by the now owner’s grandmother – Yoskel and her second husband Alistair Gibb.

In 1979 Yoskel died. By this time she had become Lady McCorquodale having married Malcolm McCorquodale in 1962. Sadly her previous husband Alistair died from a tragic polo accident in 1955, just after he had bought the estate.

The estate was then inherited by her son Philip, who then passed it on to his daughter Louisa-Jane in 1994.